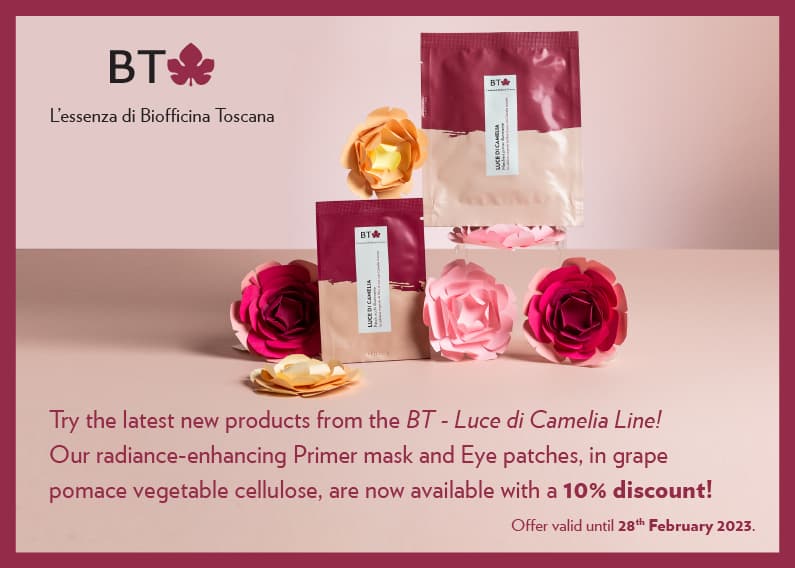 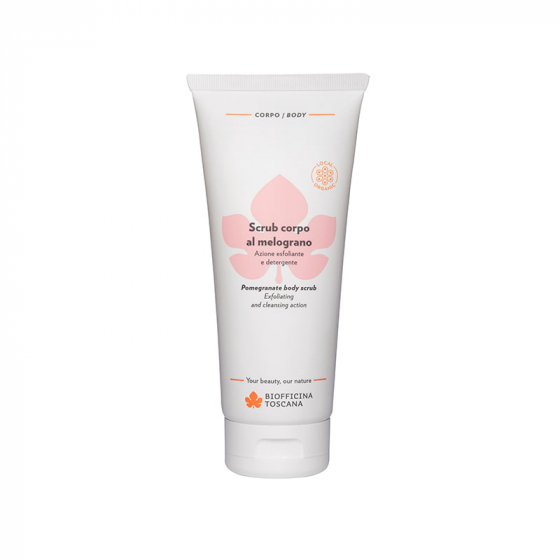 Description Dual action body scrub: exfoliating-moisturising and cleansing. Containing organic pomegranate granules, sea salt, sugar and bicarbonate, it gently and efficiently exfoliates thanks to the combined action of the various grain sizes. Its oils and butters nourish the skin, while the Tuscan organic pomegranate juice revitalises it with its antioxidant properties. Thanks to its perfectly-proportioned quantities of plant-based surfactants, it also has a gentle cleansing effect. Easy and quick to rinse off, it is non-greasy while regenerating your skin, leaving it clean and soft.

Fragrance Fresh and subtle fruity notes (from an essence conforming to AIAB standards).

Suggested use Use in the shower or bath, massaging into damp skin, then rinse off. Does not leave the skin oily or dry, also recommended as an alternative cleanser for dry and delicate skin.
For a more aggressive exfoliating action, apply the product onto dry skin, gradually adding water. Follow up with the BT pomegranate body lotion for optimum results.