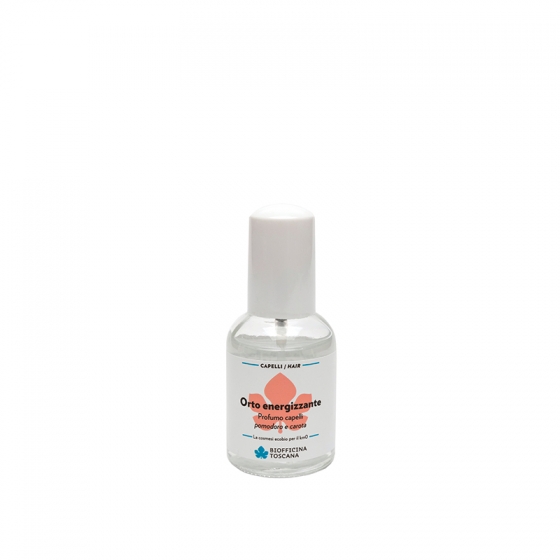 Characteristics, effect and results An energising, fruity fragrance that recalls the all-embracing touch of the sun on the skin, among the aromas of a lush, blooming garden.
With an essence conforming to AIAB standards and organic alcohol. It has moisturising properties, so doesn’t dry the hair.